Okay, not quite today, but a couple of days ago, but hell, after a hundred years, what's a day or two?

On the 18th of November, 1912,  the 'Établissement de detention de Montréal' (Montreal detention centre) opened its doors for the first time, (before firmly closing and locking them again one assumes) for 100 prisoners. Within 6 months, it held 150. The prison is frequently refered to as Bordeaux prison, and as such it even warrants a mention in the Urban Dictionary. It was then, as it is now, the largest provincial prison in Quebec, it was built to hold 500 prisoners, and now her a capacity of 1,189 inmates (now all male). In 1915, there was a tramway built to connect it to town (as it was originally built to be out of town, although it has now been enveloped by the city).

As a then very modern prison, there was some outrage amongst the general population that prisoners should be treated to such 'outrageous' comfort, in that each cell was furnished with a bed, a small desk, a window and a toilet, and was supplied with electricity.

When the prison was opened, the guards were nearly all retired soldiers, and were not necessarily trained to be prison guards. Even as late as the 1960s, most of the guards were in their early 50, and were unlikely to have been highly trained for the job. As an aside, the best friend of Louis Cyr (who also worked as a policeman), Quebec's strongest man, worked as a guard at the prison.

In the 100 year history of the prison, there have been 82 hangings (between 1914, and the end of capital punishment in Canada in 1960). The official Hangman of Canada was traditionally based at the Bordeaux, and more hangings were carried out here than at any other canadian institute. The most scandalous hanging was that of Thomasina Sarao in 1935, where a miscalculation of her weight led to her being beheaded. There have been 90 escapes from the jail in the last 100 years. The first escapee listed as being Joseph Masse, who escaped on July 8, 1916, with another that caught the popular imagination in September 1938, when 4 inmates escaped from the hospital building.

The prison was not without its riots, one in the 1950s being over the over use of Pâté Chinois (shepherds pie) on the menu.

Prisons, along with asylums, are places that are likely to recieve a visit of one kind or another from the players eventually. Whether it is to visit NPCs for interviews or as a 'guest' of the establishment.
As visitors to the prison, they could be there to get information from criminals, or those wrongly accused of heinous crimes, that turn out to be mythos related.

Father Adelard Delorme
This clergyman spent a small time in the prison in 1924, after being accused of the murder of his brother. This caused quite an outrage at the time, due to the power and influence of the clergy at the time, leading to them being though above reproof.

Arthur Ellis
Arthur Ellis was the pseudonym of Arthur B. English, a British man who became Canada's official hangman in 1913, after the death of John Radclive. Ellis worked as a hangman in Canada until the botched execution of Thomasina Sarao in Montreal in 1935, in which she was decapitated.
He died in poverty in Montreal in July, 1938 (aged 74), and lies buried in the Mount Royal Cemetery.

Camille Blanchard
The executioner who worked as Camille Blanchard, a pseudonym, succeeded Ellis. Blanchard was on the Quebec government payroll as a hangman, and executed people elsewhere in the country on a piecework basis. Blanchard carried out many executions (for which he was not paid) in the postwar period in Canada, such as the double hanging of Leonard Jackson and Steven Suchan of the Boyd Gang at the Don Jail in 1952, and Robert Raymond Cook's execution in Fort Saskatchewan, Alberta, in 1960.

Charles Amedee-Vallee
The first governor of the prison, He was also the man person behind the construction of the prison.

Some of the photos available from the Securité Quebec Site linked below. 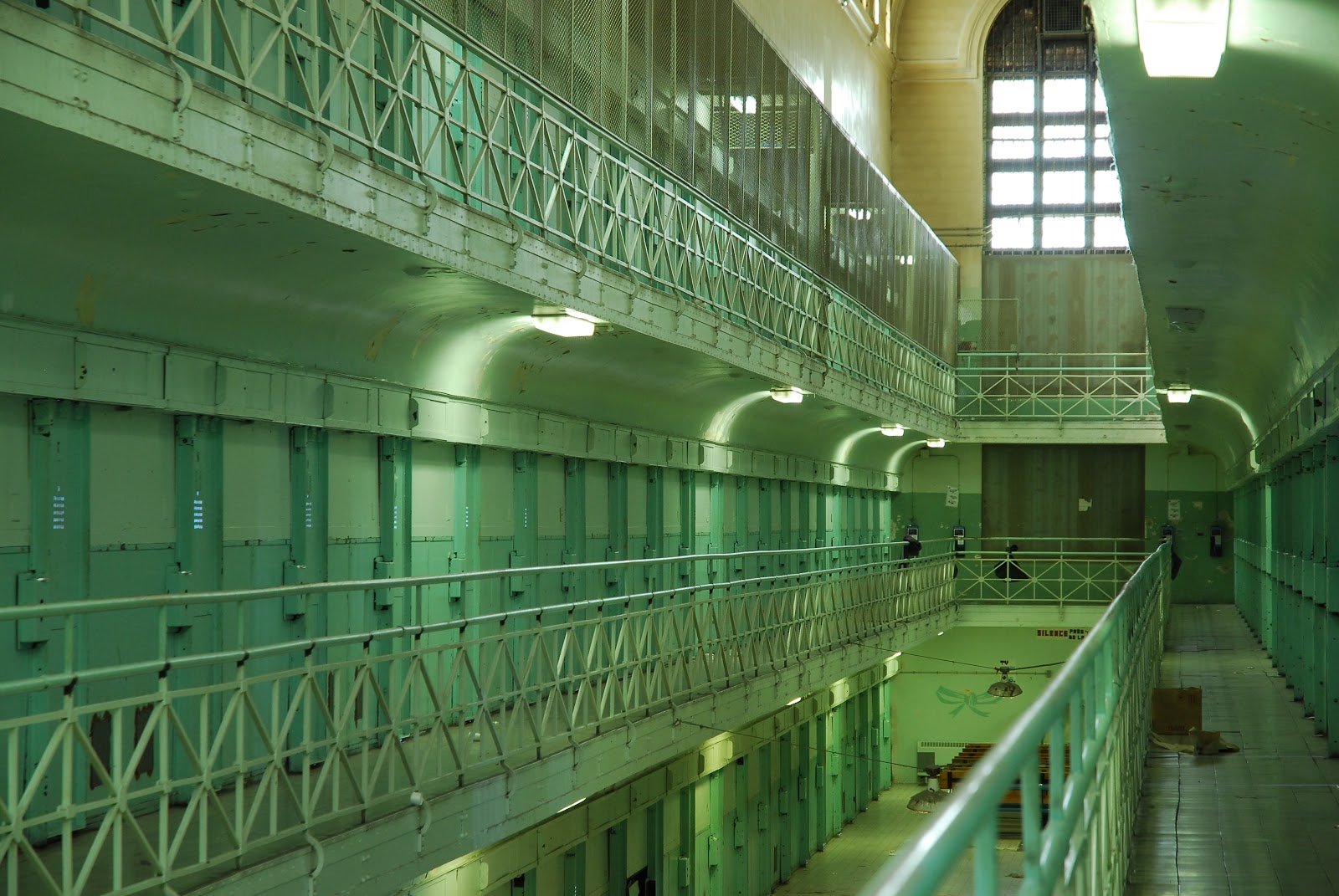 (Link to an image of the prison in 1911, (can't seem to copy the image)
Securité Quebec's official history of the prison can be found here (in french).
The details of the Prison now.
Posted by Derek at 9:04 PM